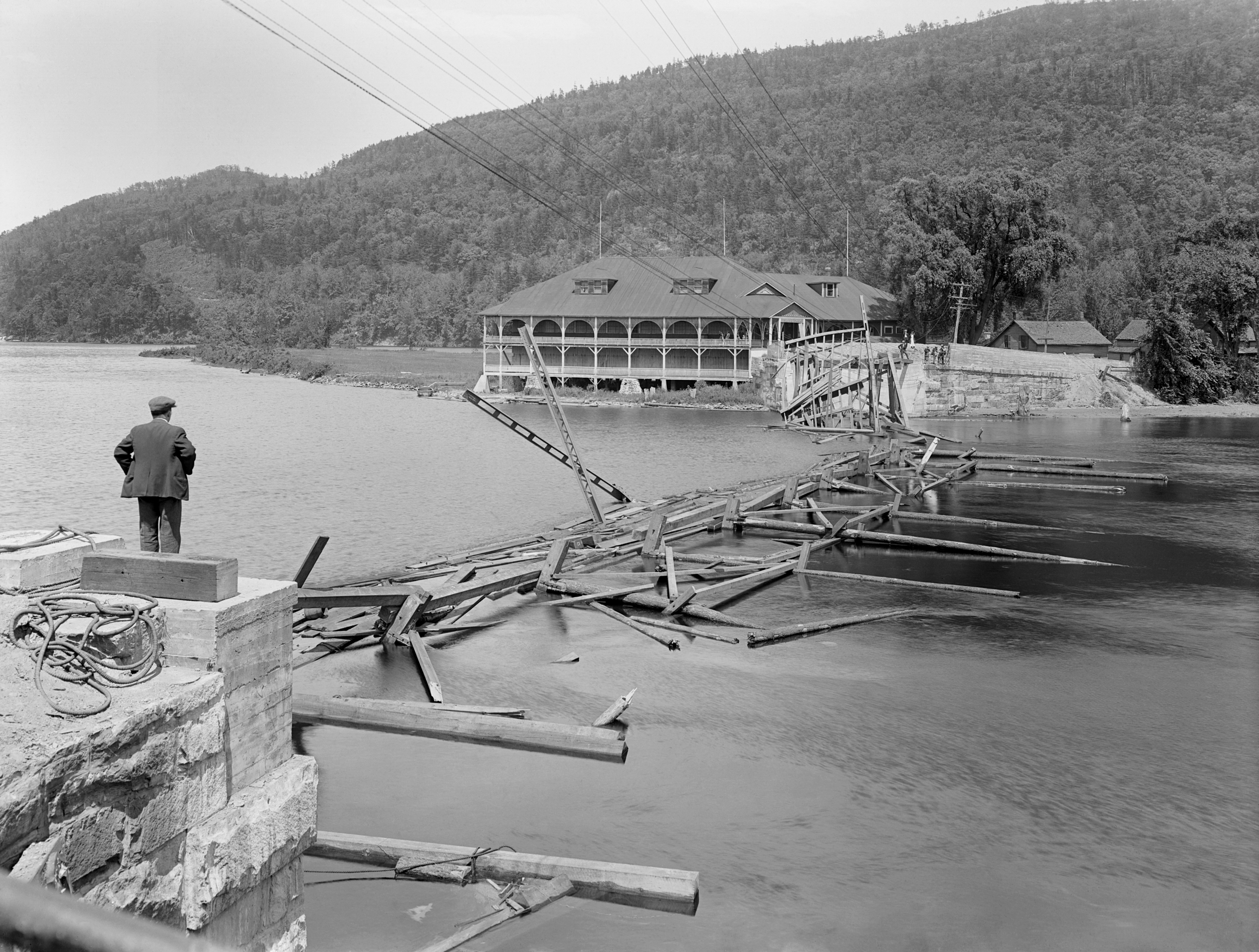 After the 1920 bridge collapse, construction of a new bridge began in earnest, in June of 1921. It did not, initially, go well. The new replacement bridge fell into the river while it was still being constructed.

Simultaneously, as if bover the spot and conceals every vestige of its victim from sight.

The destruction of the Hinsdale Bridge led to the construction of the bridge we have today.  This bridge is scheduled to be replaced within the year.  The replacement will be the eighth bridge that has spanned the distance between Brattleboro and the Connecticut River island, (ninth if you count the temporary bridge that collapsed in December, 1920).

And now we have the construction of a new bridge that is taking a different route.  After 220 years it’s time to try something new.