Prohibition came to New England much earlier than it did to much of the rest of the country. In 1851 Maine passed a law banning the sale of alcoholic beverages. By 1855 all New England states had adopted a version of the Maine law, including Vermont.

Alcohol has a long history in Brattleboro. In 1797, Benjamin Smead’s newspaper, the Federal Galaxy, published the first beer brewing recipe in Vermont. According to the book, Vermont Prohibition, by 1820 there were more distilleries in Vermont than there were towns. In Brattleboro, the most conspicuous alcoholic production facility was a corn whiskey distillery located near the bridge leading to Hinsdale. 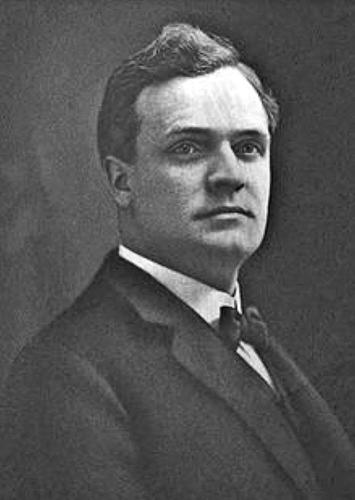 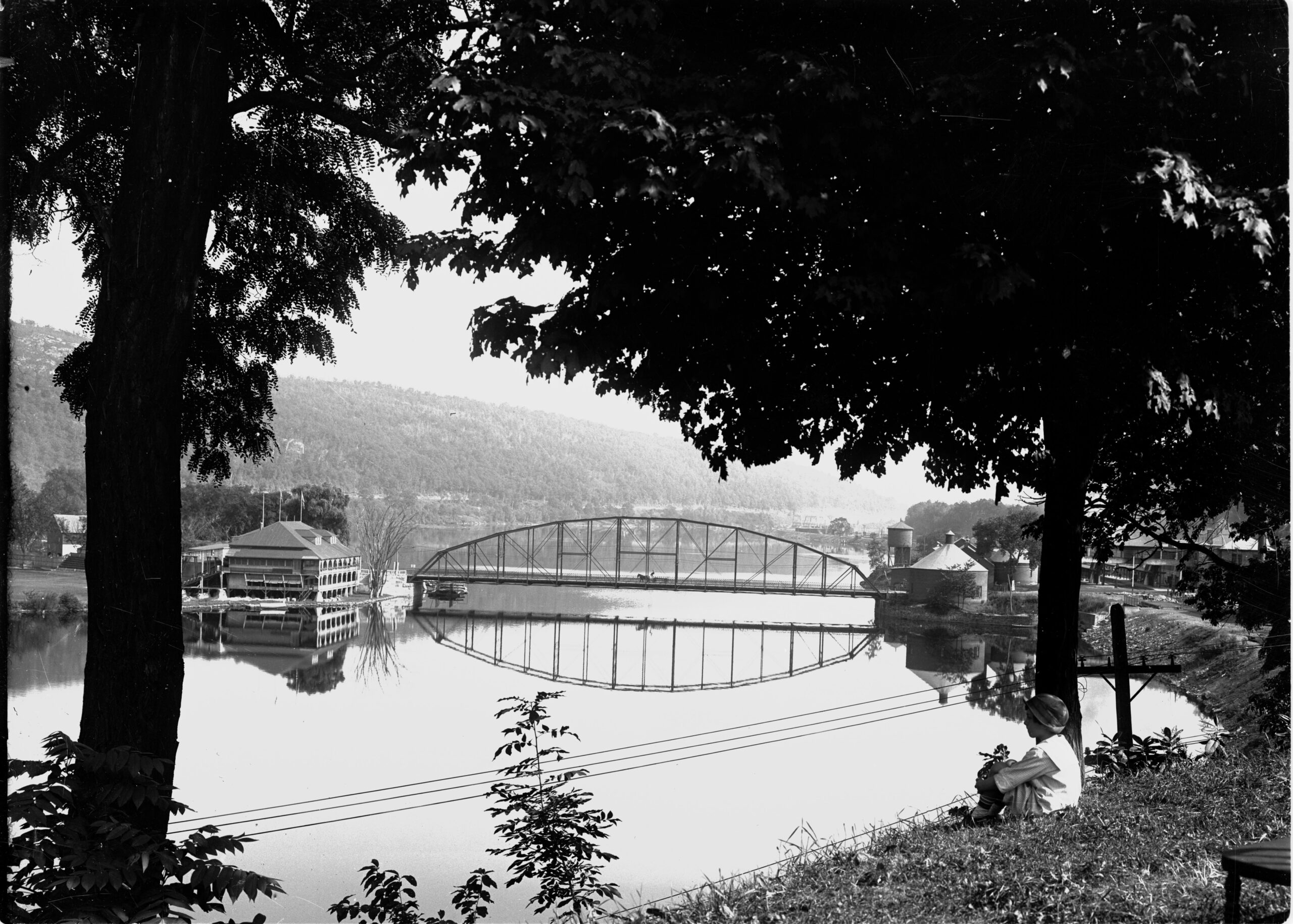 Historians say the Egyptian pyramids were built by people fed beer and bread. Here, hard cider was the drink of choice for most Vermonters. Newspaper ads in the early 1800’s highlighted exotic alcoholic beverages that were making their way to Brattleboro from the Caribbean and Europe by flat boat.

Alcohol was a real problem. Business owners complained that labor force production was on the decline, churches were worried about the weakening of family life, and women suffered from laws that protected drunk, incompetent husbands. The New England temperance movement worked to bring about the Prohibition laws of the 1850’s. For the next fifty years Vermont banned distilled spirits.

This proved very challenging. The law was not uniformly enforced and it led to a fair amount of illegal activity. Distilled liquor was smuggled into Vermont from Canada. The Vermont law did not ban the production of hard cider or wine, as long as it was for religious or personal use.

Here in Brattleboro, the town faced other challenges. The railroad station had freight trains stopping as many as twelve times a day. Each could be smuggling illegal liquor into Vermont. Across the river, New Hampshire had a version of Prohibition that was different than Vermont’s. In New Hampshire it was against the law to sell alcohol, but it wasn’t against the law to manufacture alcohol.

According to local papers, about 1890, a brewery was built at the foot of Mt. Wantastiquet. A Brattleboro man, Fred Gale, was one of the owners. The owners said the brewery was manufacturing alcohol and shipping it by Brattleboro train to states which allowed the sale of alcohol. The brewery’s official name was the East Eagle Brewery. The brewery claimed it did not sell alcohol to any local residents, but many believed this was not true.

Meanwhile, on the Connecticut River island between Brattleboro and Hinsdale another brewery was established on the side of the island closest to Brattleboro, near the bridge. This brewery was also accused of selling alcohol illegally, and offering gambling and prostitution. Fred Gale was also an owner of this business and it officially operated as the West Eagle Brewery.

Both breweries were in New Hampshire, although court records indicate they were frequented by train passengers and Brattleboro residents. In 1895 local newspaper headlines declared, “War on the Breweries”. Amid many complaints, the last straw seemed to be when two Dummerston men were arrested for getting “lay down” drunk at the brewery on the island and falling asleep on Main Street, in front of the People’s Bank.

Fred Gale, also had storage space on Flat Street and that was consistently raided by the Brattleboro police. Gale would transport the alcohol by wagon from the island to his storage facility on Flat Street and the barrels would be stored there until they could be shipped out by train. According to local prosecutors, Gale’s employees would also sell the alcohol to Brattleboro residents. The newspapers have numerous accounts of Gale employees facing arrest for selling West Eagle Brewery alcohol in Brattleboro.

As the 1890’s continued there were multiple arrests at the West Eagle Brewery and fines levied for sale violations by New Hampshire authorities. However, New Hampshire charged some of the largest fees in the country for liquor licenses, so Hinsdale was not motivated to shut down the island brewery. As reported in the paper, the liquor licenses issued by Hinsdale were paying for the infrastructure improvements of the town.

In 1896 the East Eagle Brewery, next to Mt. Wantastiquet, burnt down. It had been shuttered by the Hinsdale government for about a year because of the number of violations. There was speculation that Gale, and the other owners, burned the building so they could collect insurance money. We know the brewery was re-built and operating again fairly quickly, as there were arrests and fines reported in Brattleboro papers.

In 1902 Vermont voted to abandon Prohibition and allow individual towns to decide whether they wanted to be “wet” or “dry”. For the first few years Brattleboro voted to be “wet” and traffic to the island slowed down. In 1903 New Hampshire also voted to switch to “local option” and Hinsdale voted to be “wet “ as well.

Enough Brattleboro citizens did not like what was happening to the town during its “wet” years, so in 1905 Brattleboro voted to be “dry”. By this time, a new Vermont State’s Attorney, Clark Fitts, was the local prosecutor and he went after the island brewery very hard.

The Hinsdale select board did not like Brattleboro thinking it could tell them what to do and decided it would take no action against the breweries. However, the liquor commission did not like receiving letters from the governor and train company so they refused to issue licenses to the breweries.

Fred Gale, primary owner of the breweries, changed his strategy. He changed the name of the West Eagle Brewery to Cheshire Express. He was now a distribution company who happened to transport alcohol manufactured in his brewery. His company would also deliver alcohol from other manufacturers. In 1905, when he lost his liquor license, he began advertising on the front page of the Windham County Reformer. The ad states that F.C. Gale and Company, Wholesale Liquor Dealers will ship to any address. The special two week bargain includes gin, rum, rye, wine, champagne, whiskey, and brandy. The company’s phone number was also listed. Gale continued these weekly ads throughout 1905.

Brattleboro prosecutor Clark Fitts set out to catch the Gale Company receiving pay in Brattleboro for deliveries of alcohol. Gale had set up his company so Brattleboro residents could call the company and request a delivery. The resident would then mail the payment to Gale’s business in New Hampshire and then receive the delivery by horse and wagon. Gale’s delivery men could not legally receive any payment while in Vermont.

Fitts also set out to prove that Gale was still selling alcohol illegally on the island. Gale countered this aggressive prosecution by charging that Fitts had been taking bribes from other liquor-selling businesses in return for not prosecuting them. Gale attempted to get Fitts disbarred and removed from office.

The showdown between Fitts and Gale ended up in the Vermont Supreme Court and in the New Hampshire courts. The outcome was that Fitts was found not guilty of taking bribes and, as the Barre, Vermont paper reported, Fred Gale was reported missing and charged with crimes in both states. Gale fled to Boston and could not return to Vermont or New Hampshire without fear of arrest. The headline read, “Gale Banned in Two States”.

In 1907 the New Hampshire government dissolved the Cheshire Express Company and it could no longer distribute liquor. Gale entered into plea agreements with Vermont, paid fines and was eventually allowed to return to Brattleboro. Newspaper reports state he continued to live in the Boston area and visited local family on occasion.

The brewery property was eventually put up for auction and the Island Amusement Company bought the land. The West Eagle Brewery was dismantled and the lumber was used to partially construct the Island Park Pavilion. In 1909 the Island Amusement Company announced plans for Island Park, “Home of Clean Amusement.” Decades of sketchy activity on the island had come to an end.
In 1856 Cyrus Wyman, a grocery man, moved to Brattleboro from Grafton. The Vermont Valley Railroad had contracted with him to supply goods for the railroad men while they constructed the train lines through Windham County. Wyman had done very well for himself and decided to move to a larger town where there was more opportunity.  Soon after arriving in Brattleboro he opened a grocery store in a small, one-story building which stood on the site of the present Union Block.

According to the local paper, the Vermont Phoenix, “the building was torn down and Mr. Wyman and Seth Herrick erected in its place Union Block, a three-story brick building, each owning a half interest.”   The construction of the building was begun in June, 1864 and completed in the same year. Because the commercial block was built during the closing days of the Civil War it is theorized that the name “Union Block” came from the patriotic feelings of the two owners.