A photograph of Madame Sherri’s castle as it appeared before burning down in 1962. Public domain.

Across the river from north Brattleboro, in West Chesterfield, New Hampshire, a trail winds through the Madame Sherri Forest to a set of ghostly stone stairs—the ruins of Madame Sherri’s castle, an estate whose former glory was lost to fire in 1962.

Madame Antoinette Sherri was a successful, eccentric New York costume designer who in 1927 built a château-style mansion outside Brattleboro, where she became notorious among the locals for her dazzling extravagance. 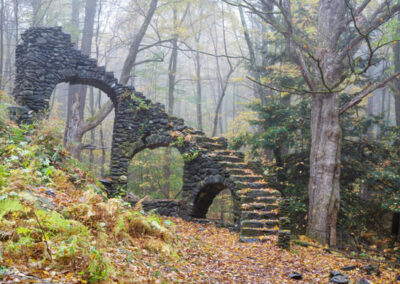 The ruins of Madame Sherri’s castle in Chesterfield, NH. 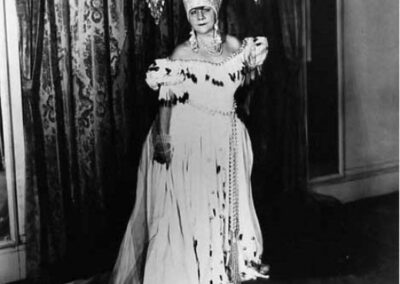