About 125 years ago the Vermont Phoenix, a Brattleboro newspaper, published an article by local sugar maker John Gale concerning the annual gathering of maple sap during the early spring. The practice was learned from Indigenous peoples of the Northeast and adopted by European colonizers as soon as they arrived in North America. Maple sap was an Indigenous seasonal drink that had a sweet taste. Native Americans made maple sugar by collecting sap and placing heated stones in the sap until it boiled, thickened and hardened into chunks of maple sugar.

Solid natural sweeteners were easily stored and transported. In the 1700’s and early 1800’s maple sugar was much more popular than maple syrup. Cane sugar was another sweetener that became available in the 1700’s. It was an expensive import from the Caribbean slave islands so locally produced maple sugar was initially more popular in early Vermont.
In 1799 John Holbrook advertised the availability of Caribbean island cane sugar in his store at the bottom of Main Street. It had just arrived by flatboat from Holbrook’s trade with the slave islands in the West Indies. West Indies sugar was a luxury that few could easily afford. In the early 1800’s most people used maple sugar as a main sweetener.

By the 1850’s trade and transportation between New England and the West Indies improved to the point where the cost of cane sugar began to compete with maple sugar. Flatboat trade on the Connecticut River was joined by the arrival of freight trains and improved turnpike transportation. During the time leading up to the Civil War, using maple sugar over cane sugar was seen as a way to demonstrate opposition to slavery.

By the time John Gale was writing about the maple sugaring process in the 1890’s farmers were making maple sugar and maple syrup. In 1895 there were roughly 14,000 maple sugar producers in Vermont. 125 years ago they produced the equivalent of 2 million gallons of maple syrup in the form of sugar and syrup. According to Gale, a 40 gallon barrel of maple sap would make a gallon of syrup or eight pounds of sugar. 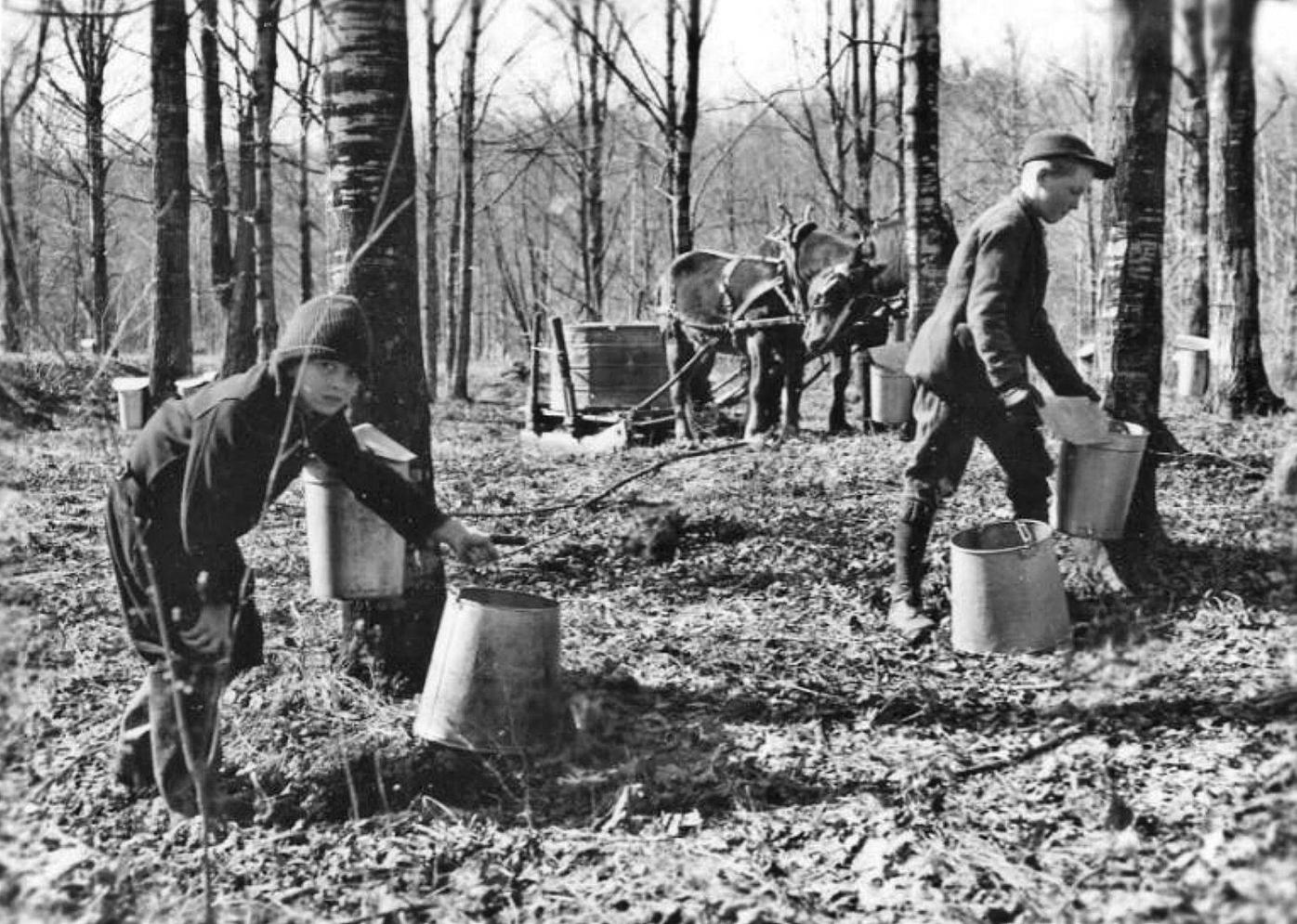 Over the past 125 years sugaring technology has certainly changed.  Wooden buckets have given way to plastic vacuum tubing and reverse osmosis machines.  Maple products sold to community neighbors has now expanded to marketing around the world.  However, Karen Robb is quick to point out that sugaring continues to be a very hands-on, family based operation for most Vermont maple syrup producers. 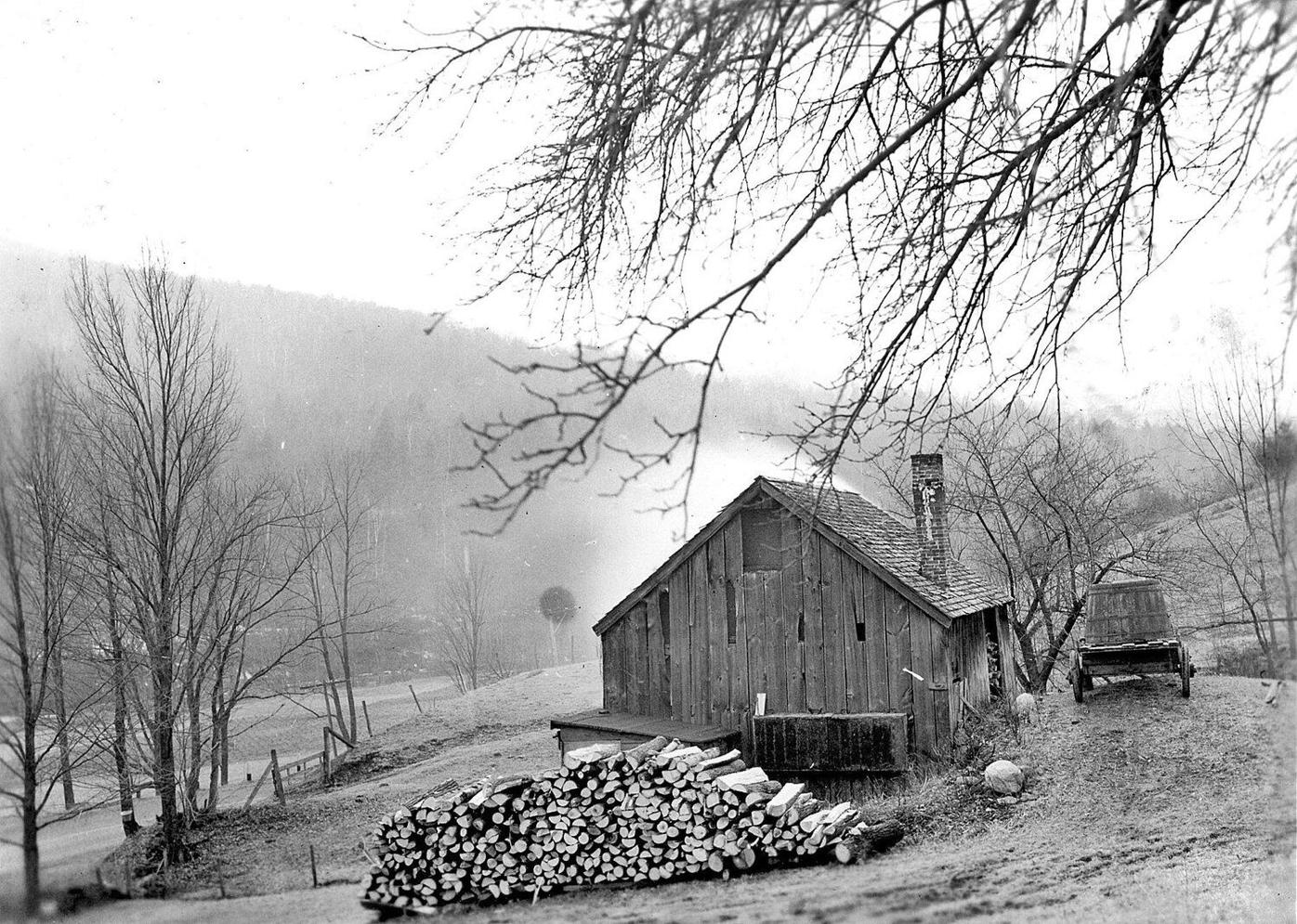 Gale also wrote, “The sugar season comes at a time when the farmer could not profitably employ his time otherwise, and taken all in all the sugar industry is one of the most remunerative sources of income of the Green Mountain state.”

Since that time, Vermont’s average temperature has increased over two and a half degrees Fahrenheit.  According to CNBC, this has caused the sugaring season to contract by a week.  Improved technology has been employed to combat the shorter seasons.  125 years ago Gale wrote that sugaring began locally around March 10.  Now, with warmer temperatures coming earlier in the season, sugaring can begin mid-February.

Compared with 1895, there are more than 10,000 less maple sugar producers in Vermont. Still, these producers made over 2 million gallons of maple syrup last year, roughly the same amount as farmers produced during Gale’s years.

Late last fall we interviewed Karen Robb of the Robb Farm in West Brattleboro.  The family has been farming at that location for over 110 years.  Mrs. Robb explained that the Robb Farm produces about 1000 gallons of maple syrup a year.  They also produce maple candy, maple cream and maple sugar; but the syrup is definitely the most popular item.

Mrs. Robb shared, “I love sugaring season.  It’s my favorite time of the year.  Family comes and visits and neighbors visit…it’s a lot of fun being in the sugarhouse. It’s a family operation.  Our youngest is five and the oldest is eighty three. A lot of visitors from all around make their way to us because we have a website.  We’ve had visitors from all over the world.  We also ship all over the world.  Between mail order and the internet we keep pretty busy. Recently we sent syrup to China.”

Over the past 125 years sugaring technology has certainly changed.  Wooden buckets have given way to plastic vacuum tubing and reverse osmosis machines.  Maple products sold to community neighbors has now expanded to marketing around the world.  However, Karen Robb is quick to point out that sugaring continues to be a very hands-on, family based operation for most Vermont maple syrup producers.  As you drive around the Vermont hills in the next month or so look for the evaporation steam coming out of sugarhouses and remember your neighbors are busy at work creating a product pretty unique to this region. We’d like to thank BAMS students Russell, Gwen and Skyler for helping with research for this article.