Centreville is a nearly forgotten neighborhood located mainly on Western Avenue, the busy Vermont Deli thrives today in the heart of it. Extending along Western Avenue from approximately I-91, Exit 2 to the Creamery Bridge, it includes Guilford Street to Elm Corners (intersection of Maple St. and Guilford St.) and the western end of Williams Street. The first mention of Centreville in newspapers was an 1855 in an advertisement. Centreville was once such a thriving community on its own that it was labeled as prominently as both its neighbors to the east (Brattleboro) and west (West Brattleboro) as early as 1860 (see at right). 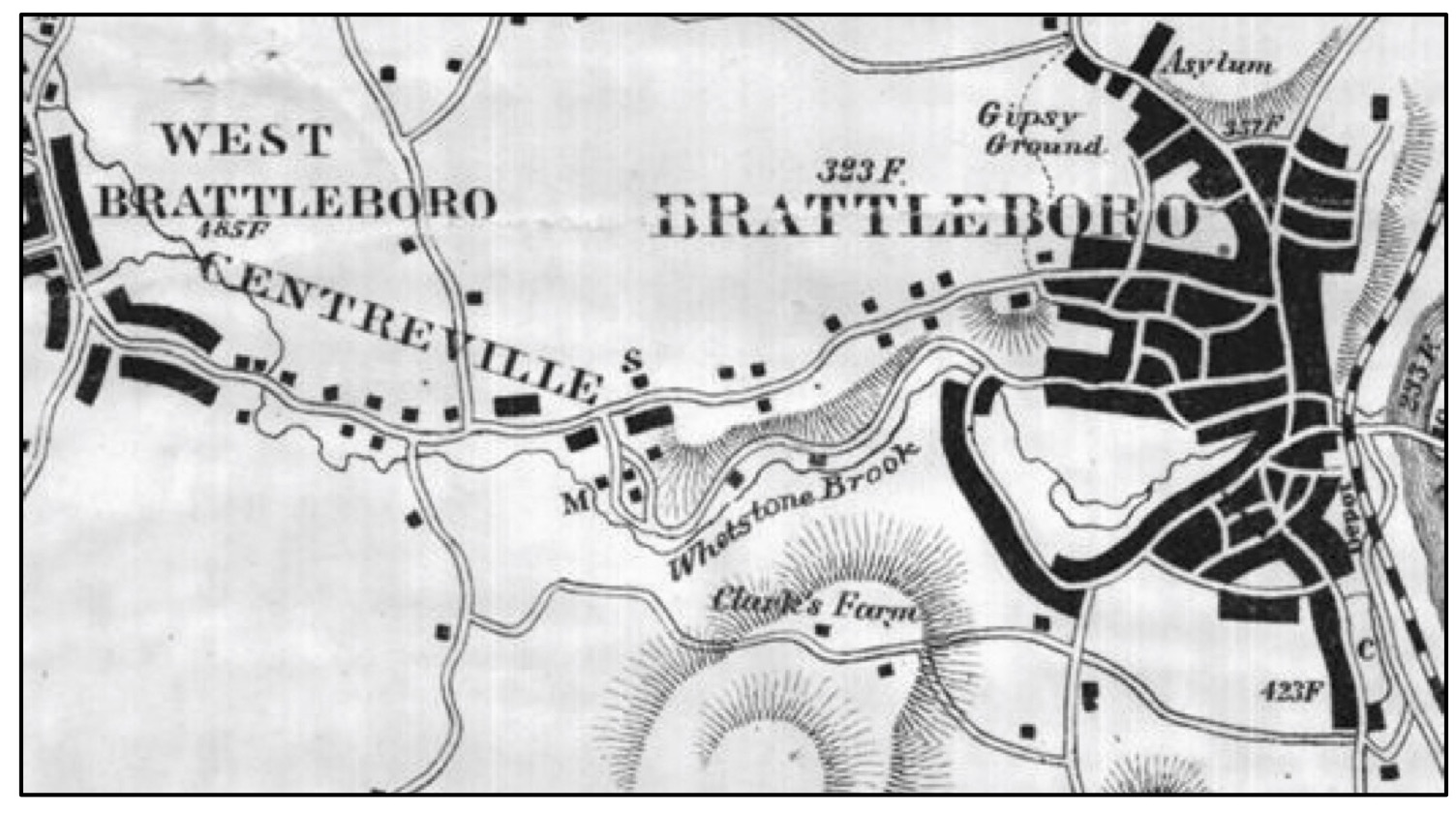 Centreville once had thriving industries which included several large mills, farms and of course Centreville Store. 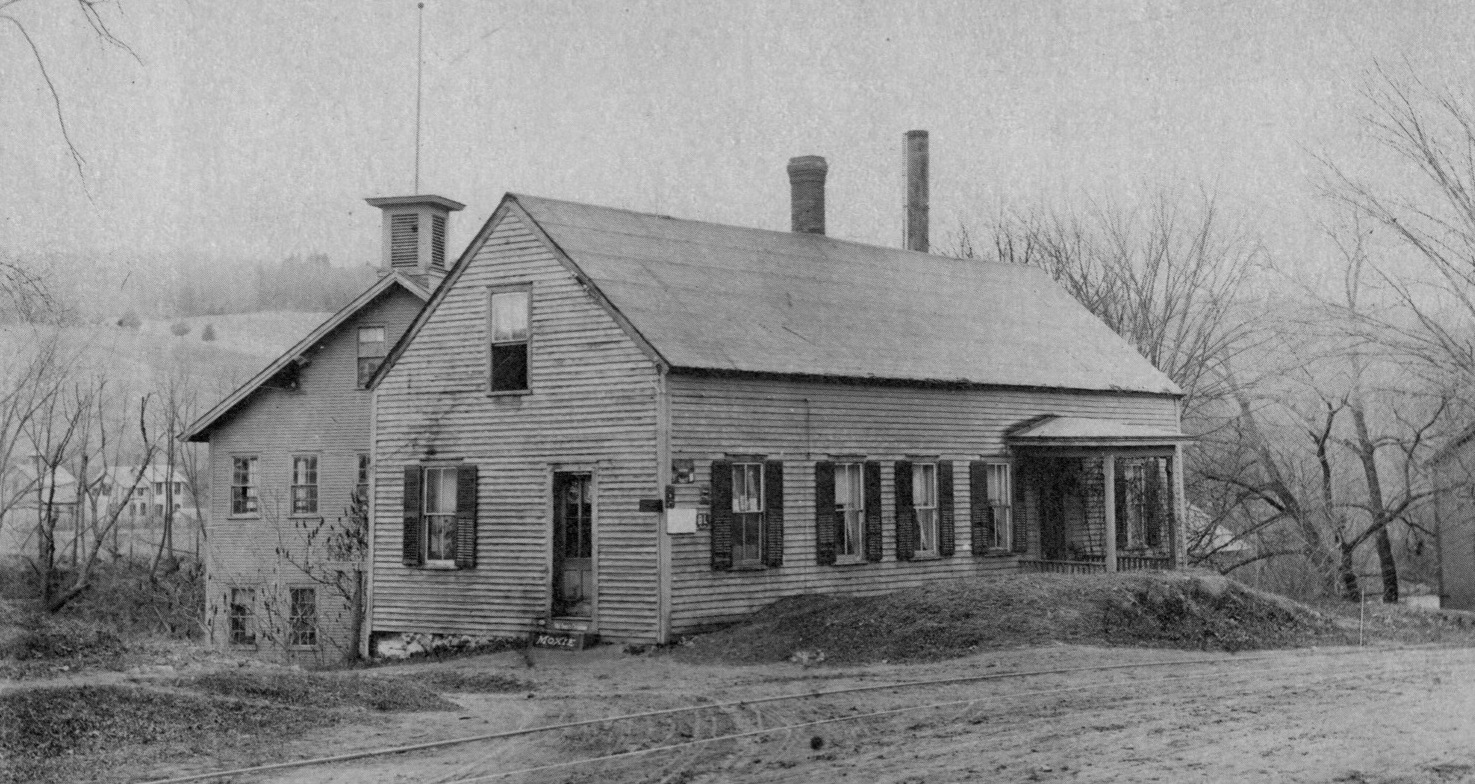 BHS Trustee Karen Davis recently reminisced with other board members of life growing up in Centreville and we’d like to share those memories with you. Following Karen Davis’ remembrances are some thoughts of Robert Cushman, written in 1960, of his childhood a generation or two before Karen’s in Centreville. The entirety of Mr. Cushman’s memories can be found in a BHS newsletter from 2007. 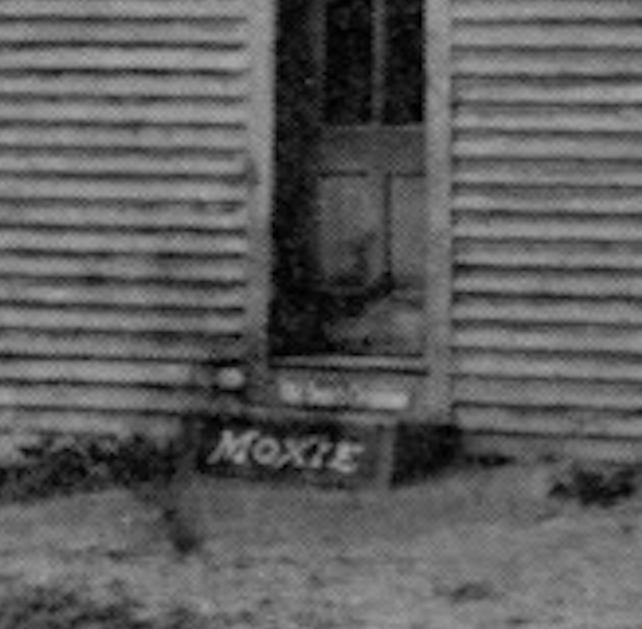 Yes, you saw correctly. That is a 1910 advertisement for Moxie, the world's most terrifying beverage. 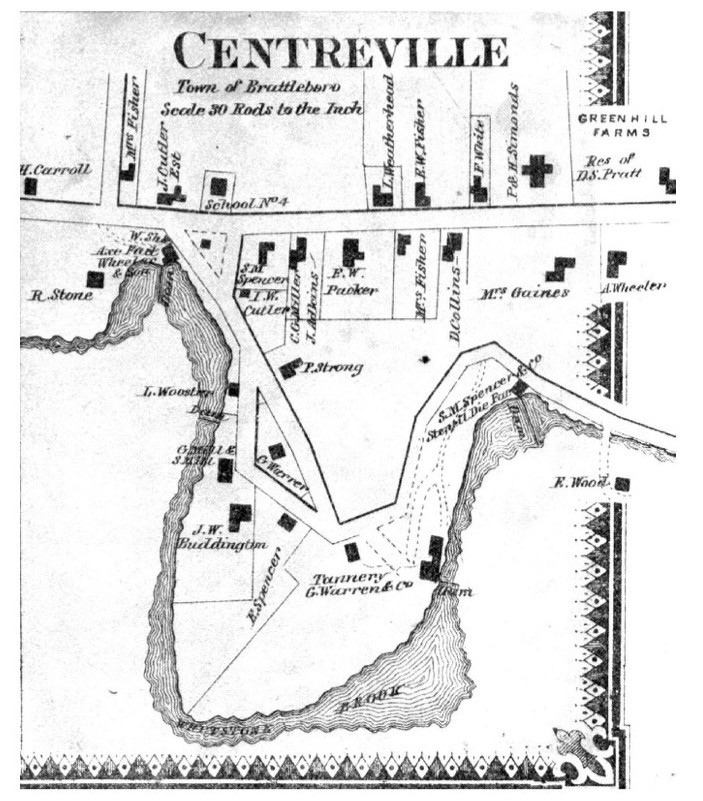 "Centreville" inset from 1869 Beers Map in Atlas of Windham County. 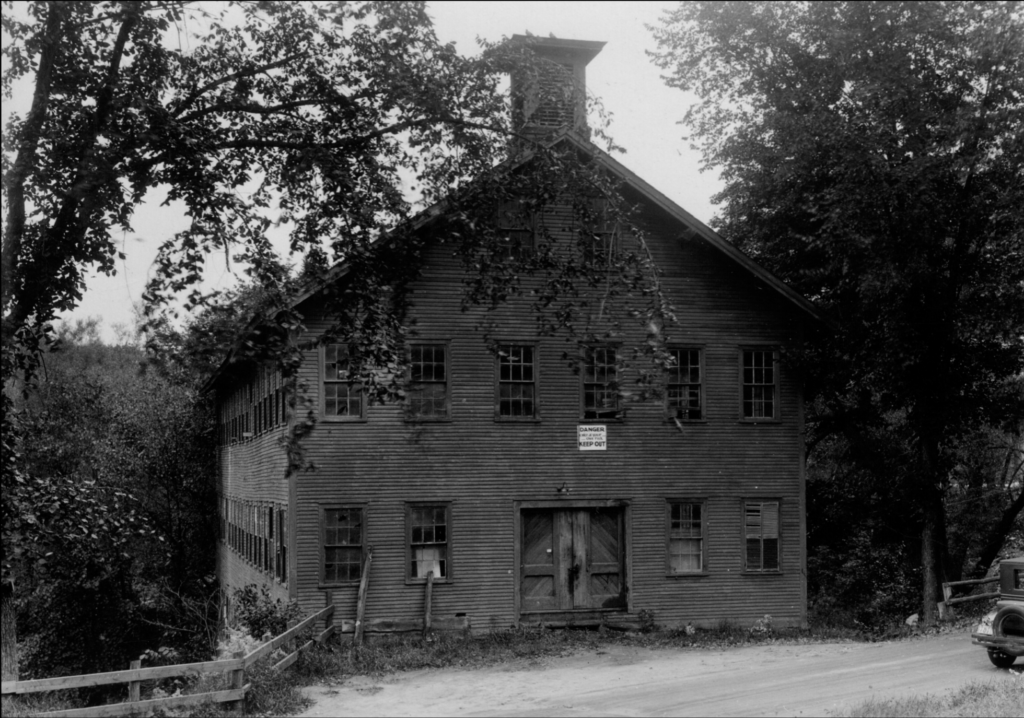 Growing up in centreville

Centreville, like Centre Congregational Church, is spelled with “re” rather than “er.”
Like Richard Mitchell, (at an early age) I remember walking through the snow one evening with my brother and father up to the Centreville Store and back. A storm had left a coat of ice on all the tree limbs, making it a magical world to walk in. There were street lights shining, but no cars driving along Western Avenue, and no I-91.

Walking solo “up to the store” for a loaf of bread or a jug of milk was a rite of passage for us kids. Then riding our bikes there became the thing to do. “Stop by ‘the store’ on the way home,” always meant Centreville.

(Any other store was named specifically as the A&P, Public Market, Grand Union, First National, etc.).

Old Jay Curtis was the first proprietor of the store I knew. He was a crusty old fellow, often grumpy about running the business in his old age. He was always friendly and kind to my Grandmother though, when she came to visit.

Roland LaRose bought the store, and was as serious as Jay Curtis. It must’ve been a lot of work and long hours, for very little profit. His wife substituted for him as time went on.

We felt lucky when their son Tony served as cashier; he was closer to our age and recognized us personally. He married Sharon Underwood, a Senior High majorette who was a year ahead of me at BUHS.

Milk and ice cream were kept in the walk-in cooler for the cashier to bring out as requested. I still can hear the snap of the metal handle as the door was opened, and the “thwump” as the door was swung shut.

The Centreville School was taken over by Green Mountain Chapel who expanded it to the rear. Then they outgrew it and built the white church across Western Avenue closer to the Covered Bridge.

Centreville lost its neighborhood name-recognition when the Vermont Country Deli took over the store, changed its name, and became more of a gourmet than a convenience store.

The two buildings sitting across from each other on Western Avenue still represent “Centreville” to me! It must have been fun when the trolley stopped there on its way to West Bee. That was before my time.

The Centreville school is now home to Phoenix House, a Supported Living Program for the treatment and care of men in recovery from substance abuse disorder. 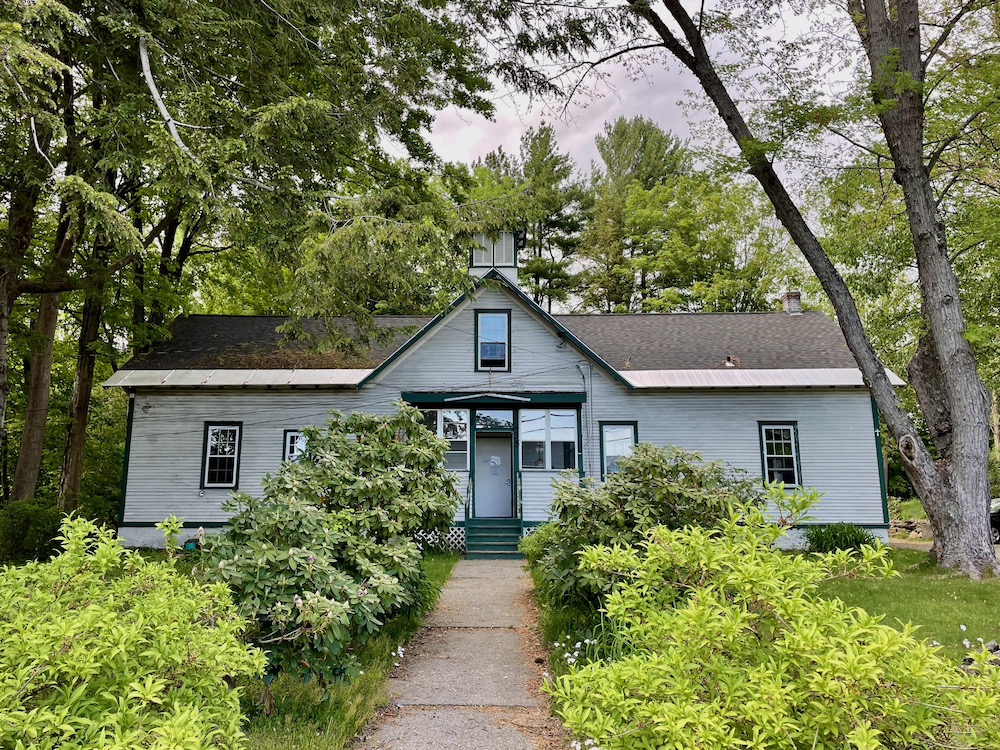 Growing up in Centreville

There were houses along the east side of Guilford Street up to Elm Corners. All the west side was Grandpa Brigg’s Farm. [Living Memorial Park today]

The field in front of our house sometimes flooded in a January thaw and I had a skating pond. One time when Dad tried to flood it with a hose I slipped when running to the window and cut my ear and side of my head on the corner of the safe. That is the cause of the nick on my right ear. When there was a big thaw we sometimes had a large skating pond.

When I was in the eighth grade I became interested in ‘wireless,’ and Grandpa Briggs sold me a 60 ft. chestnut pole that Dad had a telephone crew set for me. It was a landmark for many years after I left home.

There was a dam in the [Whetstone] Brook for generating power for a mill there and for the trolley line. Another thing the brook provided was a swimming hole where I learned to swim but Ma didn’t like to have me go there because the sewer to West Brattleboro emptied into the brook.

After Grandpa Briggs died, but while the buildings were still there, a ski tow was installed and became a part of “Living Memorial Park.” When the farm was bought mostly with the proceeds from War Savings Bonds donated by the townspeople for a memorial to World War II soldiers.

We are grateful to our long-time local residents who have stories to tell and share with us for Brattleboro history archives. Do you have a story to tell? Please come to the Research Room to tell us about it, or write it and we’ll put it safely in our files for future generations!

This story originally appeared in the summer, 2019 edition of the Brattleboro Historical Society Newsletter. This biannual publication is made possible by our members.

Won’t you join us and become a member of the Brattleboro Historical Society. Lend your support to our continuing efforts to tell Brattleboro’s remarkable story.