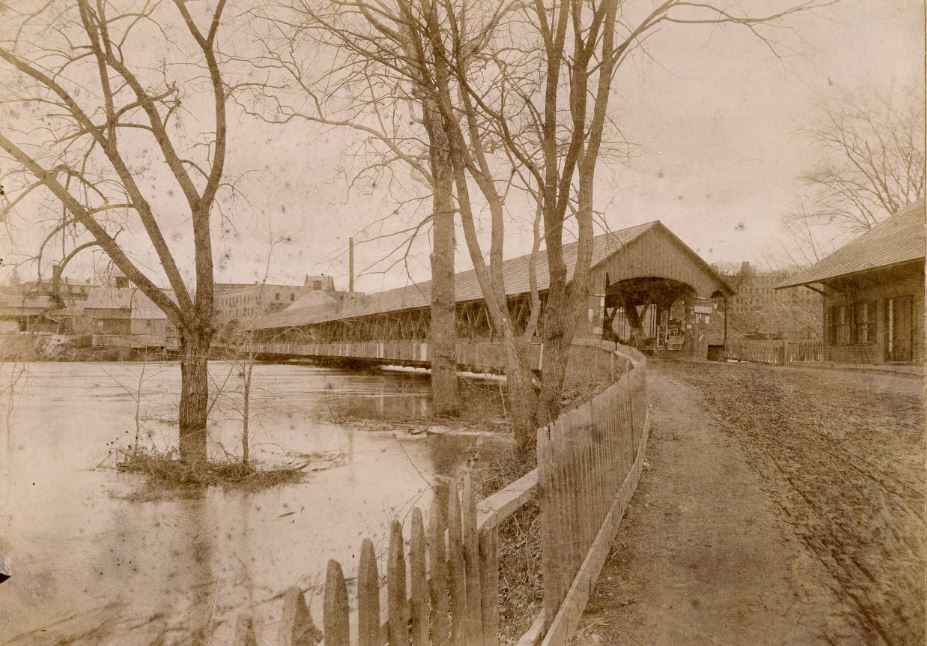 Simultaneously, as if by villainous connivance, another big cake forced itself up on the east end and found secure lodgement, hemmed in by a myriad of smaller accomplices.  Gradually the banks of anchored ice expanded towards the middle of the river, slowly but surely sealing the fate of their victim.

The jam was complete….A crowd of over one hundred spectators waited an hour to see whether the bridge would survive…There was an ominous creaking of floor timbers. Men and women fell back instinctively to be out of harm’s way.  There was a man on the bridge.  A moment before he had started to cross.  Now he was returning.  Why does he take such a chance?  A chorus of voices yell at him.  He moves leisurely, then increases his speed…

Huge pieces of steel in the center of the structure begin to bend, rivets snap, the flooring heaves.  In their excitement the people cling to each other.  The bridge buckles in the middle, the high arches topple over, and with a mighty crash that startles persons rods away, it gives up the ghost and sinks heavily to the bed of the river, said to be 49 feet below the surface in some places, while the victor rushes over the spot and conceals every vestige of its victim from sight.

The destruction of the Hinsdale Bridge one hundred years ago led to the construction of the bridge we have today.  This bridge is scheduled to be replaced within the year.  The replacement will be the eighth bridge that has spanned the distance between Brattleboro and the Connecticut River island, (ninth if you count the temporary bridge that collapsed in December, 1920).

The present Hinsdale Bridge has been operating for 99 years.  If the replacement plans are completed on time, the old bridge should be retired as it passes the century mark for service.  We’d like to thank 8th grade BAMS students Trevor, Z’Aira, Cameron and Maya for helping with the research for this story. 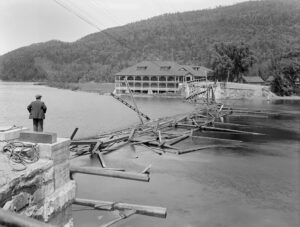